Adam. Been following you since the 2003 movie Anger Management which I saw in 2006. I think the subjects you present to the public are pretty relevant, demonstrating you are a true artist. This is not new to you. What might be new to you, is that this quality belongs in the category of being a born healer, meaning that you in your profession help people to heal themselves by putting a mirror in front of them. A cute one at that. I see you as the caretaker – like coach “buzzer” in Grown Ups who brought you and your friends together.

You show wit and common sense and “cut to the chase language”, therefore I think you might be the only one who would be open to the suggestions I have, because you might have reached a certain point, stuck if you like, looking for new ways to express emotions or even educate your public… A constant stage of “what’s next”, so to speak.

To start this off: you might be considered to be the best in your line of work but for me that doesn’t say a thing. And neither does your bank account. Everyone is looking for “improving” – of themselves, eventually. Even you need to improve because that is a human standard and a “constant” – meaning no one escapes this inner drive. I don’t have the arrogance to put to you that improvement should come from Europe but miraculously (how do I write that?) here in Amsterdam, The Netherlands, people really are in the position of bettering the quality of their lives so why shouldn’t others profit from that?

There are a few things I noticed about you and your movies which I would like to discuss with you and I want to be frank, open and specific. The way your character expresses itself throughout your movies gives the impression that you would prefer to talk the same way. Then surely I can.

First of all, you deliver kick ass movies showing how it’s done and how people should behave. At that you do a great job. Improve that standard. You’re not even half way there, yet. That is because you (and everyone around us) don’t know what you should know because our education is not at all complete, not providing us many choices and thus is not sufficient. This is a worldwide problem. So let me enlighten you on that subject a bit, if you will.

Don't be a guru

Secondly, in your country it is custom to humiliate losers and… women. You obviously live in the most competitive country on the entire world. But… life and being happy is not about that. Competition is awkward, false and totally meaningless. It is a Divide and Conquer thing to trick us into giving away our power and letting us be dominated. Surely you understand this already, because this is magnified in several of your movies to rub it in the viewers faces. Don’t humiliate anyone anymore. It is immature, childish even and fires back at you.

Thirdly, you rub in your Yewishness in several of your movies. I think one should be proud of himself or herself – for sure – but never about a religion. I think that (doing so, that) is a false religion. Understandable, but a misguiding signal to the public. People don’t need to be guided or conquered or won over for a religion. That is the way of the guru who needs followers. You are not a sect, are you? Don’t do that. It is annoying and unnecessary.
Point is, religion does not give any support at all. At all. Only fake support. George Carlin tried to teach us that (fb.com/793309960778673) but failed in your case. Please, do not use “your” movies as an advertisement for being Yewish or even promoting Yewishness anymore. You only make it worse. People are not stupid. They sense the true truth through anything.

There is no unspoken, one sided, not-terminable contract between people |

To take that a little step further into the truth… no religion defines who you are. The choice of your religion just points out which one is mastering, suppressing and owning you. Let it go. Go get to be yourself. And ditch the parent (mostly the mother) who does the same to you and doesn’t let go of you, thus forcing you to be something you are not; a slave to their needs.
There is no unspoken, one sided, not-terminable contract between people. It is only the need of the parent you are supporting; not your own. There is no such thing as forced on loyalty. Becoming an adult implicates that you should go your own way without any ties to parent or partner, and thus develop your talents in its unique way, not following the aggressive and abusive grip of the forceful parent.
This message is actually an invitation to finding the inner dialogue with yourself and following your own heart, which is exactly the same thing; not that of the compulsory addicted parent or partner, without any escape possibility, thus enslaving you for life, to be the support others need without ever LIVING yourself.

The very essence of all this, is this:
1.     Schools make us schizophrenic; when “feelings don’t matter and are only for pussies”, and our minds are the only things that matter, these institutes chase us away from ourselves and (at the same time) putting us up against ourselves, so we end up fighting with ourselves and thus sabotaging our own lives.
2.     We all lose our self-esteem and our (self) confidence growing up. Structurally! Not only schools do this; parents know nothing else. That sucks. We end up fighting. With ourselves…
3.     Women are NOT the lesser species of our human race and should be fundamentally treated as equals; your “jokes” regarding women and their qualities (for instance in the 2014 movie “Blended” in the basketball scene where daughter Larry/Hillary knocks down a male contestant making him suck in the eyes of his father and where Tatu and his band starts up singing You Suck You Suck You Suck for losing from a “girl”) seem to illustrate this “division of power”. That sucks. Show us the opposite; I don’t mean that women are stronger. I mean women are equal but we don’t treat them like that… at all.
You don’t show to be aware. You call a woman a girl and a boy a man (50 first dates, 2004). American people are not A-types; their minds are fucked up by our educational system. Just like in all other western countries. Even in Finland, where there is no homework and short school weeks, still they manage to twist and fuck people up.
4.     Bottom line: people act detached from their true selves and need to get back to their feelings. Desperately.
See the 1995 movie “La belle verte/the green beautiful” to show you my point exactly: fb.com/1369644623145201

To finish this message I need to be really personal. Your personality lacks self-esteem. You know this. It shows. You are radiation it constantly. People call you egg head and this is not because of the shape but because YOU MAKE THEM NOTICE IT. There is no other real explanation. Trust me, I have done my research on that one.
So instead of making new movies and keep trying to make everybody happy, you should be doing yourself that favor… and improve the QUALITY of the CONTENT.
The movies look great, the acting is, well, “okay” , there is a lot of laughter and even emotional moments, but your movies lack depth. Like completely. And it is time for it. You are the only one capable of providing that so I am addressing you for that.
In your 2006-movie “Click” you showed us: “FAMILY COMES FIRST”. Bull Shit. You miss the point completely. YOU YOU YOU come first – and nobody else – because you are the most important person in the world. So you should make the effort to correct what went wrong during childhood – being dominated by everything and everybody – and find out what it is to be and act mature. And if you can’t, you have to search and find out why. That’s what we have been doing here in Holland.
To be honest, you are not even close. You are no longer the smart guy. You are being outsmarted by everyone if you don’t take care of yourself for a change. I am serious. You should. If you make so many successful movies which go around the globe, entertaining millions of people, you might (and should) consider putting some time in YOU. Regardless of any consequences. I dare you. You come first. Nobody else. Not your wife. Not your beloved child(ren) who has a soul of its own and a responsibility of its own path to follow. You should take your responsibility and take time for you, instead of continuing making childish moves which never enter the level of actually being GROWN UP.

It would be easy to reject these suggestions. Everybody does. Americans don’t know how to make this work properly, so it is up to us, Europeans. And we will. I live in Amsterdam and I suggest you take time to meet me if you ever create the chance to visit Europe – and not for racing through stupid museums to take photos and disappear within a few hours, but to really take time to get to know yourself a little better.
I will be here. Doing the same thing. Writing letters to stupid people in an effort to open their hearts.
In 2004 Deepak Chopra visited Amsterdam, and I heard him speak these words: “Holland is the Holy Land.” “Here the change will start.” I myself don't know about that. These words just popped up in my mind. Maybe to help you consider different thoughts, so you might start seeing your world in a different way.
Some advice. Don’t judge. Ask questions. Or try, at least. Americans don’t know the answer. None of them do. They only know violence and world domination – ask the first nation people for that one. But that is your problem (actually it is everybody's problem). We Dutchies know that concept of violence too, because that is way in our past, now. It helped us to get where we are now. We need to prepare for world peace by a human collective, instead… Together. Are you with me?

This is it. This is my open letter to you and to anyone who encounters it.
So… Who wants to translate this letter into actual English for me?++ 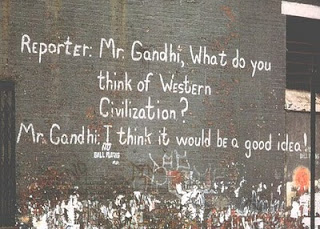 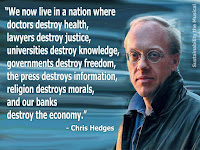 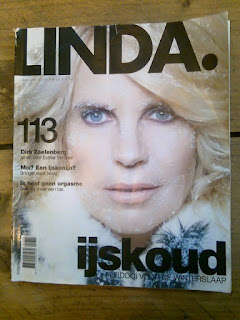 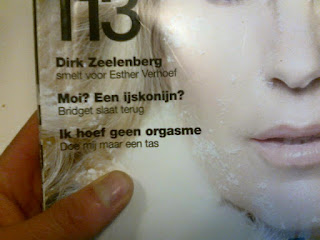 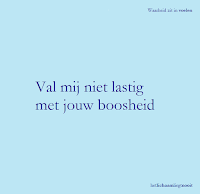 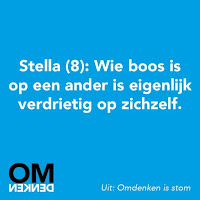 Is dat verdacht of niet? 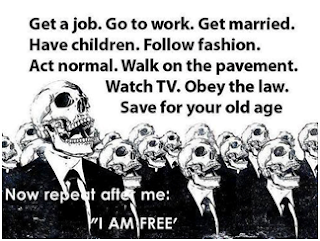 Get a job. Go to work. Get married. Have children. Follow fashion. Act normal. Walk on the pavement. Watch TV. Obey the law. Save for your old age. Now repeat after me: I AM FREE: facebook.com/704849326291404
Gepost door Dagboek van een vreemdeling op donderdag, december 07, 2017 Geen opmerkingen:

School sucks. Should it suck?? - basale misstanden in het onderwijs


Workers of the world... relax

Workers of the world... relax: